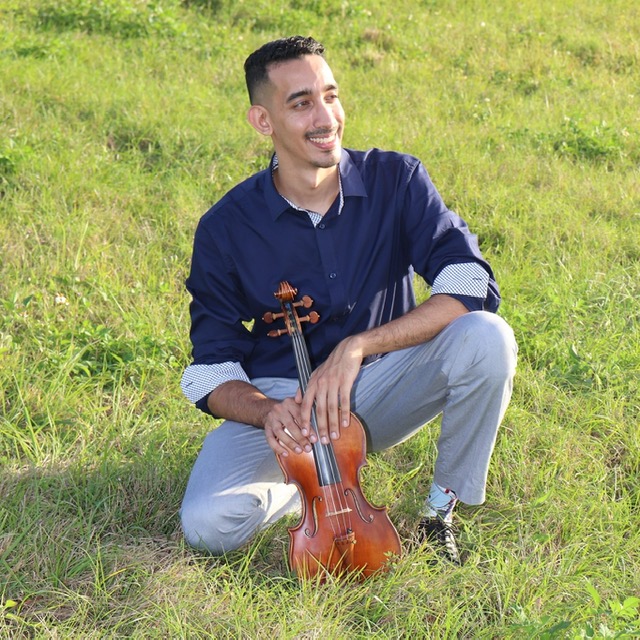 Hailing from Bradenton Florida, Isaac is a classically trained violinist with a passion to share his love for music. Isaac also has studied piano, guitar, electric bass, and the ukulele

He obtained a Bachelor’s of the Arts in Music Studies from the University of South Florida. Isaac has gone on to perform at Busch Gardens, and teach general music to private schools. He has been teaching for 4 years alongside doing some production work with his YouTube channel.

Isaac has also traveled to Brazil, and Thailand. His dream is to travel around the world and see the beautiful world we live in. 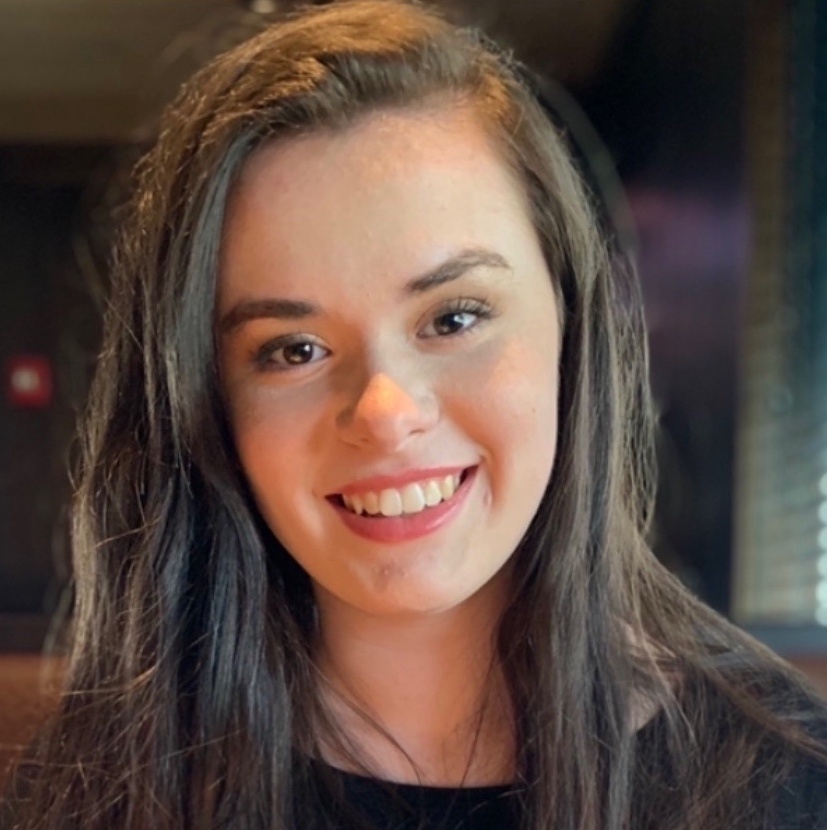 Hi, I’m Tarah Thompson. I am a current student at HCC. I have been involved in music my whole life. I started with music and vocal lessons in the first grade. Along the way I picked up Guitar, ukulele, and song writing which really fueled my love of music. I started leading worship throughout different campuses of Bell Shoals Baptist Church in my junior year of high school.

“Back to the Future”
“The Sound of Music” 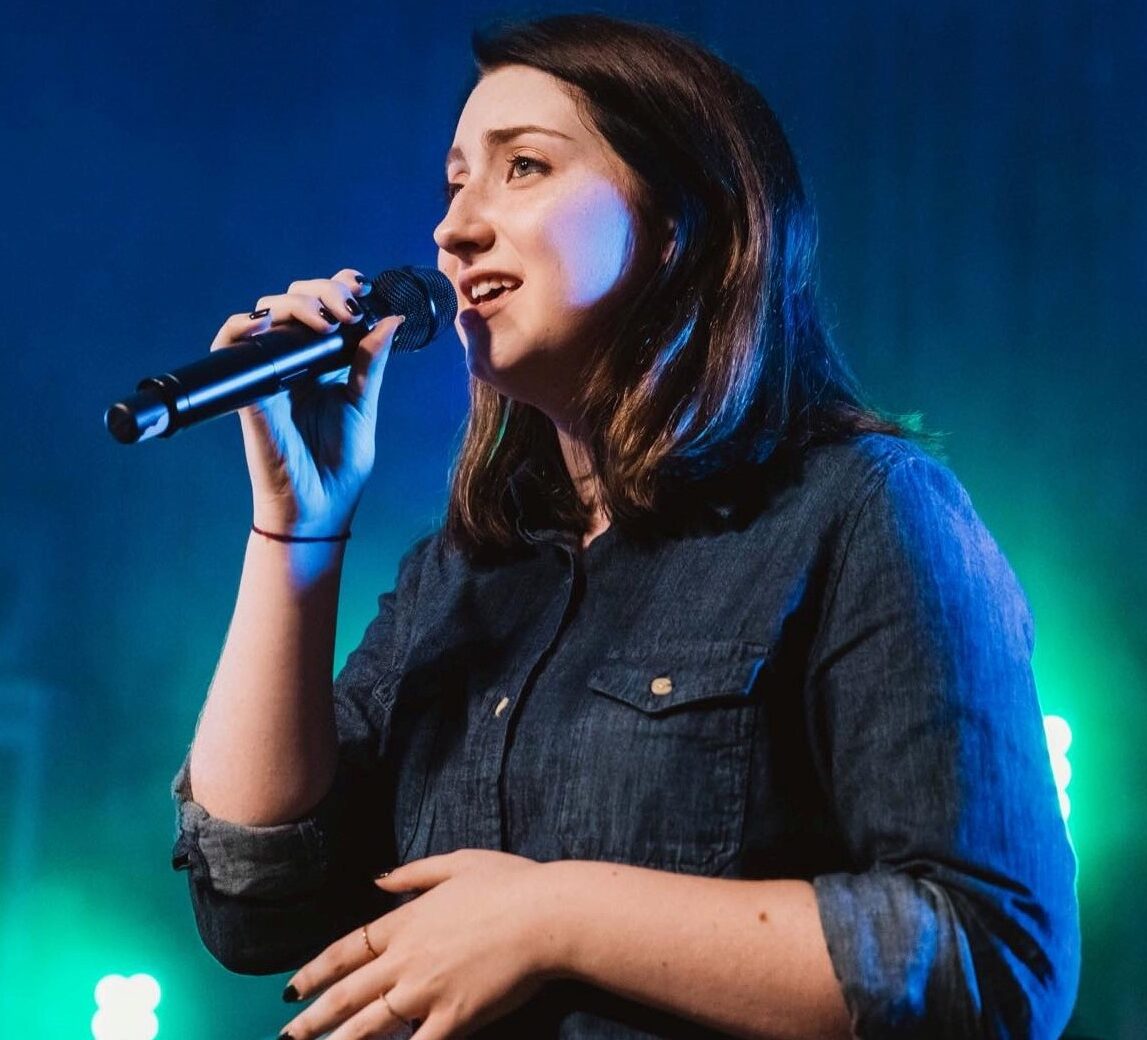 Sarah is an accomplished musician with years of experience in performance. She is a classically trained vocalist and pianist, and she is self-taught on the ukulele.

She has studied A Cappella arranging and performance under the direction of Avi Kaplan, Ben Bram, and Rob Dietz. She is a passionate and committed lover of music, performance, and teaching.

Anything directed by Tim Burton.
Specifically, The Nightmare Before Christmas. 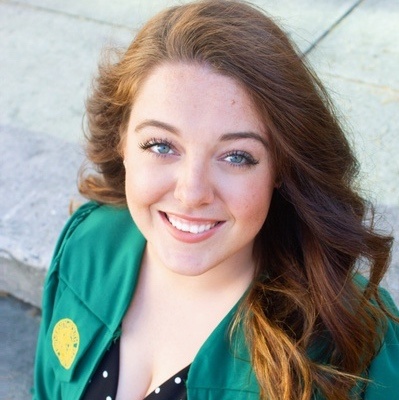 Rachel is from Tampa FL, and is a graduate of the University of South Florida where she got her degree in Theatre Arts.

She studied opera at the University of Tampa and was in OperaTampa’s production of Don Giovanni.

In addition to being a vocalist, she plays the ukulele, piano, and is learning the guitar.

She currently also works at Boyette Springs and is a  theatre teacher for exceptional adults.

She has been singing since she was little, and has always loved the stage.

PS I love you & The Sound of Music

Willie Lawson has been a Teacher at Music Showcase for 23 years.  His specialities are Saxophone, Flute, and Clarinet.  He is 59 years young from Newark New Jersey.

He is a graduate of Brandon Senior High School c/o 1978 and attended both Hillsborough Community College and Florida State University.

Willie performed professionally with numerous bands in central Florida. He also is a sought after studio musician.

Will has been married 32 years to Deborah and they have one son, William Alexander.

ABOUT ME
I have played violin since 1990 and guitar since 1996. I also do professional videography and audio recording, mixing, & mastering.  From Florida to California, I have worked in recording studios and on TV/Film productions as talent and behind the scenes.  I am always writing, performing, and recording music whenever I am not teaching.  I also volunteer with church music ministries either playing guitar, bass, drums, and/or singing.

ABOUT YOU
Yes, anyone can play!  After years and years of teaching all different types of people with different levels of experience and learning styles, I have figured out the fastest and easiest way to understand and play violin & guitar.  Whether you are just starting out or have been playing for a little while, I’ll create a lesson plan that will meet you where you are at.  I love playing and creating music.  I want to get as many people as I can to enjoy it as much as I do! 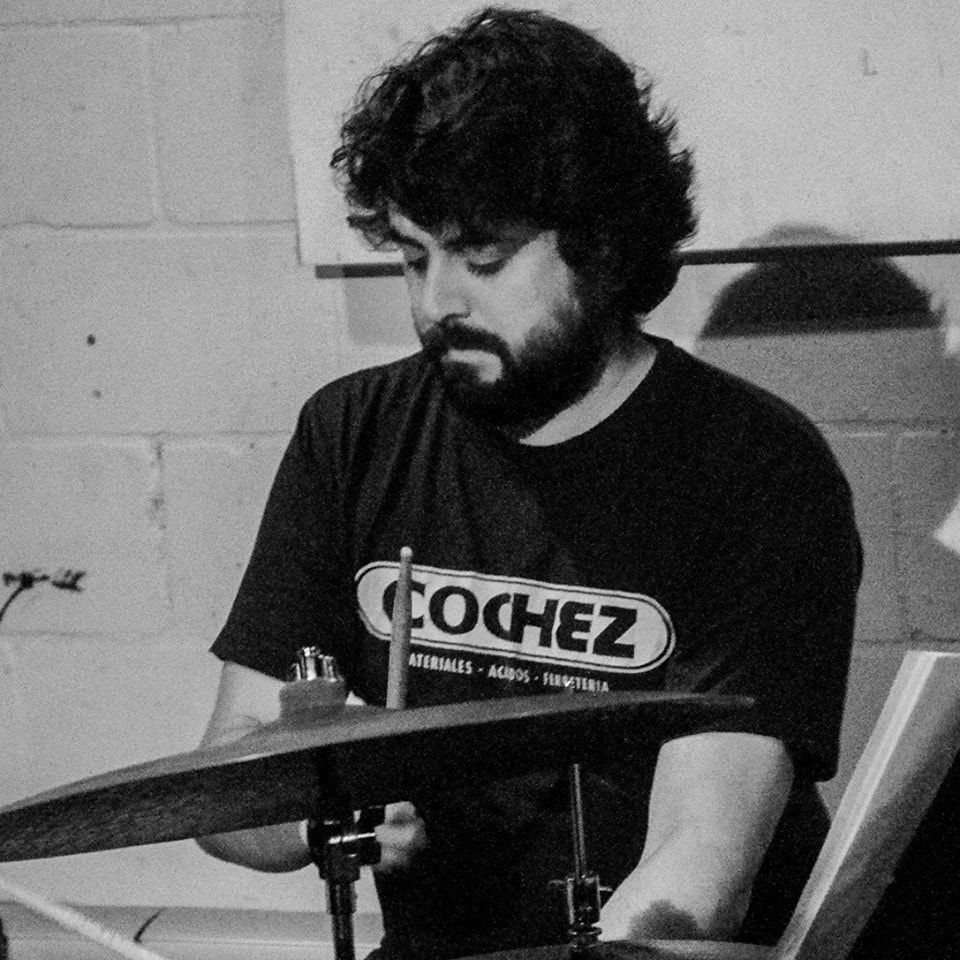 José Cochez started playing drums at the age of 15 with Metal bands in his home country of Panama. During his early years as a musician, he started playing violin and viola, started composing music using MIDI, and became obsessed with the music of Frank Zappa. He soon turned his attention to Jazz, Fusion, and Modern Classical Music.

Pursuing musical studies, he enrolled in the University of South Florida, in Tampa. He studied Jazz Drums with Steve Davis, and Composition & Electronic Music with Paul Reller, earning a triple degree in 2009. Since then, José has been very active musician in the Tampa Bay Area, playing a range of musical styles as well as writing and arranging music for the projects he is involved with. He currently arranges and plays for “Credit: 0”, a band that performs live renditions of Video Game Music.

Besides music, José ’s other hobbies include: Video Games, Chess, and Yoga. He has been very involved in Tampa’s Retro Gaming community, and has been running a chess club for over 5 years. 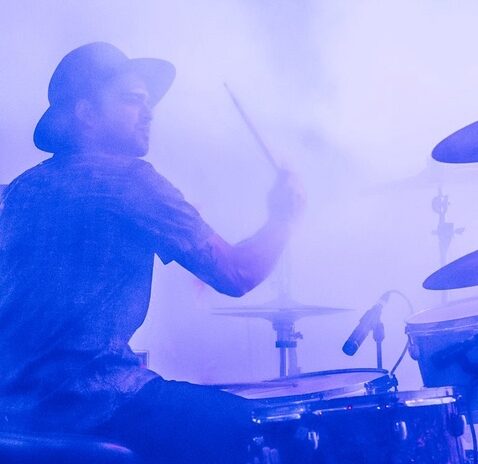 Wilbert Tecla has been teaching music since 2011 and has been with Music Showcase since 2018.

A Tampa native, Wil began working as a Drummer through the Straz Center Jazz Program while still finishing high school.

After graduating from Berklee College of Music and working on several musical endeavors in Boston, MA, Wil moved back to Florida to perform and teach.

Along with working with numerous bands and independent artists, he has also worked in the pit and on stage for many musical theatre productions including : Chicago, Shrek: The Musical, and Elf: The Musical. 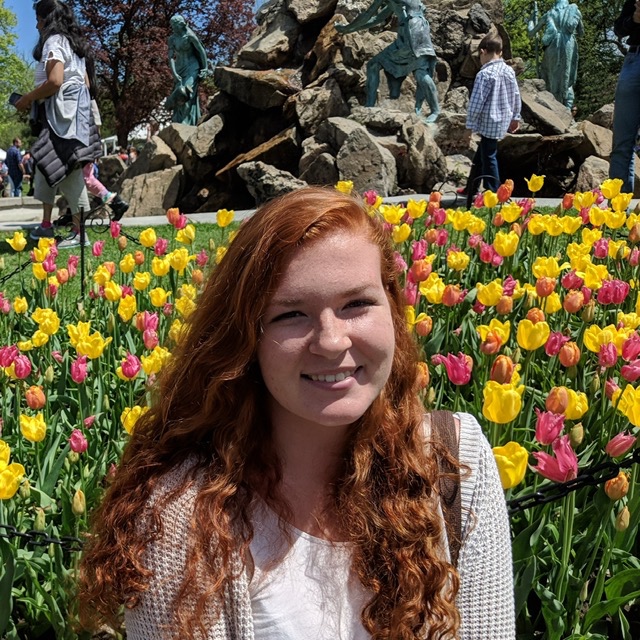 Helen Lewis is a graduate student at the University of South Florida where she is pursuing a Master’s degree in Cello Performance.

Helen is from Albany, New York and has been teaching for 8 years. 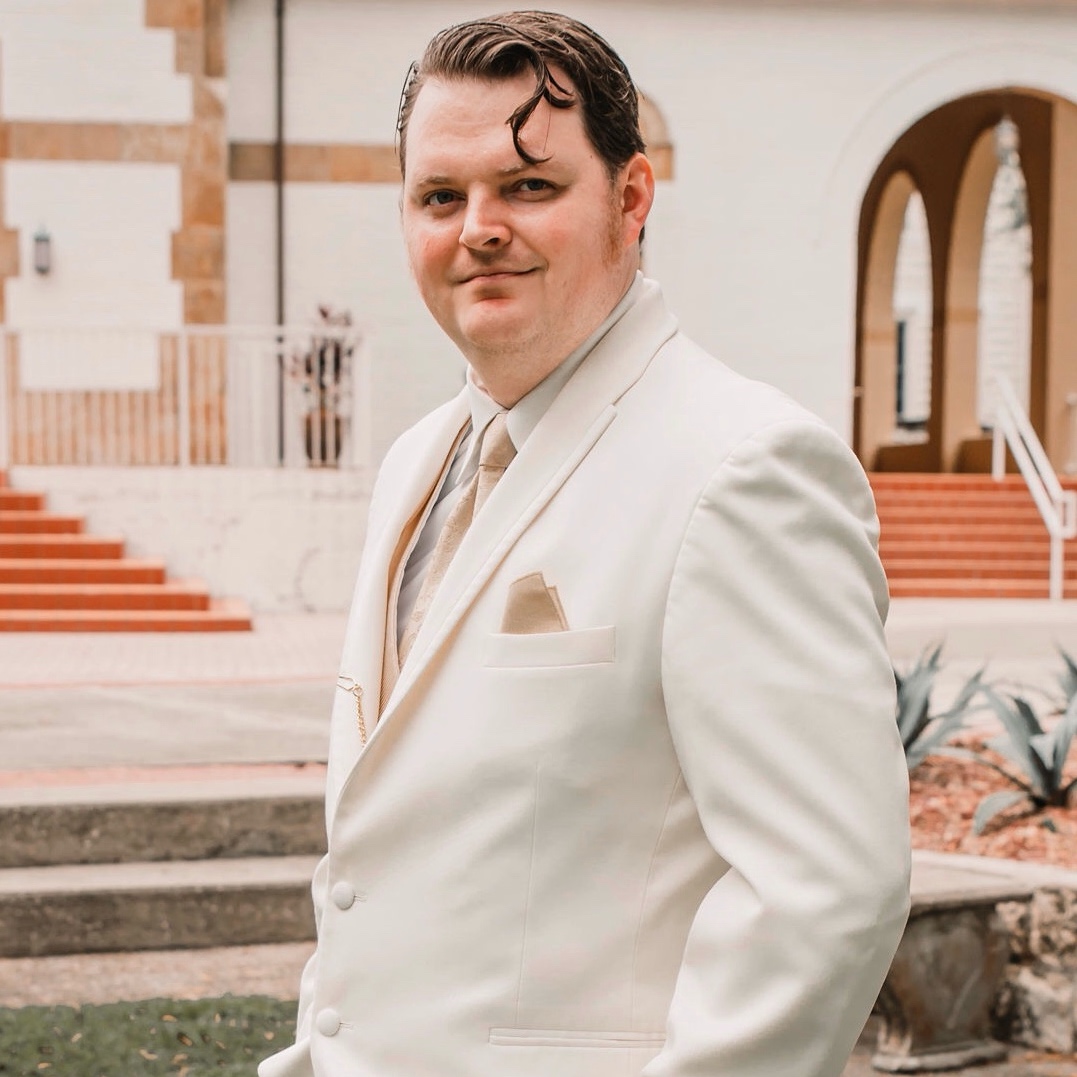 Paul Eddison Lewis has composed a variety of works ranging from electronic music to pieces for large ensemble. In 2014, Lewis’ work The Ninth Gate was honored with the BMI Student Composer Award. Lewis’ involvement in electro-acoustic music has resulted in works for fixed media and works for live instrument and electronics. In 2019, Lewis’ work was commissioned from the Tampa City Ballet in the production of “7th Avenue in Ybor,” which has been featured on Good Day Tampa Bay, Bay News 9, Ybor MainStage Theater and the Palladium.

Paul holds a BM in composition from the University of South Florida studying under Baljinder Sekhon and Paul Reller. He has also participated in masterclasses with composers including Stuart Saunders Smith, Hilary Tann, David Lipton, Robert Morris, Michael Schelle and Yotam Haber.  He was selected as the featured student composer in the USF student showcase concert for the NASM committees visit to USF.

In 2019, Paul was selected to be the conductor of the USF Health Orchestra and the ensemble is currently performing under his direction. Lewis also teaches many aspiring musicians who have achieved honors and awards such as All State Honors, Superior ratings from Solo Ensemble, District Winner in the National Piano Auditions, and First chair seating for All County.

Interested in our Musical & Theatre Programs? Be sure to visit FAOPA.org to learn more!